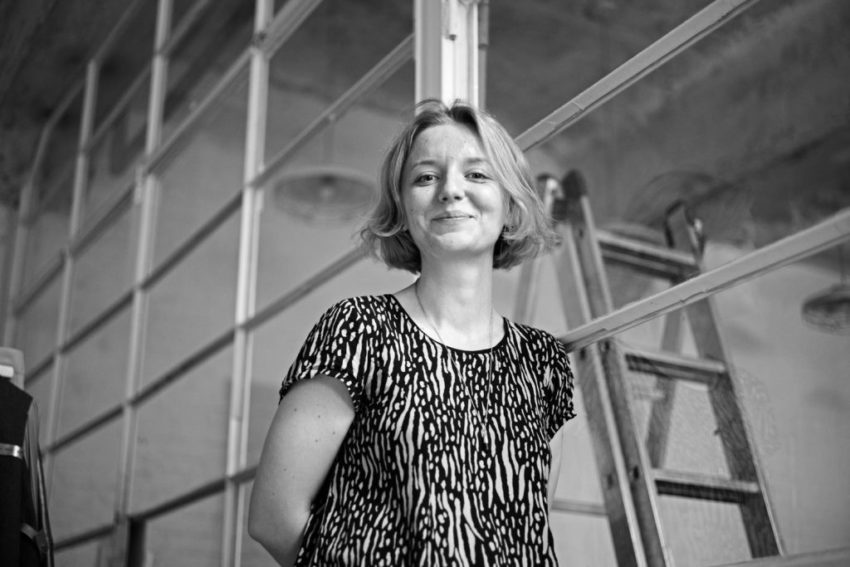 In a coffee shop in London, Alexandra waits for her sister to finish work. It’s a sunny Monday in October and the weather is just right, not too cold, not too warm. She has just returned from a three week vacation to Cayman Islands and she’s feeling relaxed and lively. More than six thousand miles away from home, the islands gave her the needed peace and isolation to befriend and nurture herself. The last years felt heavy and hazy and now, as her vacation is over, she feels connected to the ground and to reality and she’s ready for work. As she’s sipping coffee and waits for her food, ideas start popping into her mind. An urge is taking over her and she grabs a notebook from her purse and starts writing and sketching an entire fashion collection. It’s the first time in a long while that she’s thinking about clothes without feeling like she’s suffocating.

But now things are different. Her mind is focused and organised and she observes with fascination and surprise how it processes information and ideas. This time is crystal clear. She knows everything about the collection in the smallest detail: the concept, the materials she’s going to use, how the clothes will look like. She even envisions the photo shoot and the launch.

The collection, How does happiness look on you, is now almost finished and it’s her first one as a fashion designer. Until recently, Alexandra has made a name for herself as an accessory designer, with the harness as core element in all her previous collections and collaborations.

As she puts it, she doesn’t have a special relationship with clothes, not in their physical form at least. What’s more important and meaningful is the process she goes through, from zero to the finished product. After she finishes, the object itself has no value to her.

What Alexandra wants to express through her work is for people to look at clothes as to a form of entertainment and a joyful activity, and not to stress over what you’re going to wear today, how will you match this and that.

I’ll never tell you how to style something, how to wear it or what to do with it. I give it to you and you become your own creator as long as you do it in an authentic and honest way.

Alexandra’s love for fashion rooted in childhood and was inspired by the maternal side of the family. With a grandfather who used to be the tailor of the village, a grandmother who, despite having little money, enjoyed picking up materials and creating clothes and later, her daughter, Alexandra’s mother who followed her steps, it was no surprise that Alexandra picked up the taste and interest for fashion as well.

Like most girls her age, Alexandra had a doll she played with. With left over fabrics and materials from her mother, she created entire outfits and accessories. What she remembers strongly is how much she loved the entire process and years later, looking back at her creations she was truly impressed of her younger self.

The first time she considered pursuing fashion design as a career was after her mother told her about fashion schools. But as she grew older the doll was forgotten and, on the advice of others, Alexandra ended up studying architecture, a profession which, she later realised, wasn’t something she loved doing.

One day, in her second year of college, she watched an episode from Project Runway, a reality television series where contestants compete with each other to create clothes. As she watched them work, she remembered the craving and enthusiasm she experienced as a little girl, playing with her doll and making clothes for it. The feeling was so intense, she told herself she needed to do something about it. And she did.

In the summer between her second and third year of college, she decided to study fashion in parallel with architecture. Back then, fashion looked more like a getaway rather than an actual profession, something that would give her room for breathing and relaxation.

But in her mind, studying fashion never meant she had something in common with this industry. She had nothing to do with the glamour of fashion events, she didn’t read profile magazines and she only wore heels twice in her life.

“I saw fashion as a dirty field, full of superficialities and I had no connection to it” she says.

However, after meeting Wilhelmina Arz, a designer she admired,  she began to change her mind. Alexandra thinks fondly at that period of her life. Recalling her, she says she was a very empathetic person who genuinely tried to understand what she wanted to do and what interested her. With Wilhelmina’s help, Alexandra realised there was more to fashion than she initially believed. Wilhelmina never gave her actual feedback on her work, instead she gave her good energy and inspired her to do her own thing, just as great mentors do.

Alexandra’s debut as a designer was official through her final paper, Formula, which focused around the concepts of freedom and restrictions. Recalling that period, Alexandra says her main influences were the films The beach and Into the wild. “Through those films I discovered that supreme freedom comes with risks and having some limits it’s actually helpful.

She first called the collection Freedom vs Constraint. She made some sketches from a loose fabric, moulded on the body with chains. That was the harness trigger, a signature element present throughout her works. Her idea was that clothes don’t need to be sewed, don’t need clips, they can be free and the person wearing them shapes them with the harness.

However, as it often happens to art, once the work is finished and shared with the world, people might not always see in it the same things the artist did. Alexandra’s work wasn’t a stranger to that either and she didn’t take it too well.

Upon seeing the collection, people chuckled and giggled and nudged and winked to each other. The harness was almost instantly  linked to bondage and perceived as a fetish and kinky accessory, with no connection to Alexandra’s idea. This affected her so much that it brought her to depression and it took her a while to accept and get over it.

Alexandra has fought with depression for almost fifteen years, but the last couple of years were harder than ever. She considers she’s now entered her third life. Her first, ended at the age of 14 and during all those years she was a confident, independent and sociable little girl. From the age of 15 to 30 all she did was to cancel her first life qualities.

She was a good student, praised both by teachers and parents and, as things like this tend to happen, kids became envious and mean. She didn’t let it affect her much and she managed to deal with it by herself. Yet, after an operation that put her into a vulnerable state, she couldn’t do it any longer and that’s when things began to change. From a sociable and happy little girl, Alexandra began to close more and more until she stopped talking to people all along.

“I pondered what was good about having so many qualities if I got such a bad treatment and life was so bad, so why bother being like that?”

She also backed away from her family and became the black sheep of the house. She got quiet, not lonely, she mentions, but quiet. She was just a presence. Looking back, she thinks she needed people to understand what she was going through, and have someone not to offer her a shoulder to cry on, but to snap her out of her film. She wishes she received more attention, instead of critiques or questions about why was she always miffed.

Now, as her third life begins, she tries to learn and entwine all that was good from the previous two. She still fights with depression but in the last couple of years she also gave herself permission to listen and figure out what happens in her mind.

Two years ago, she had this moment where she felt her mind was in complete chaos.

She started noting down every single thing she did, every feeling she had, every thought, hoping this might help her in some way. It wasn’t easy at first, especially since she had her mind pinned on the idea that she was bad at writing, that she wasn’t able to put a single word on page. But in time things got better, she got used to it and as it turned out, writing helped her a lot. Writing things down was like her own Memento, she says laughing. It helped her remember, better understand herself, track her ideas and later, it allowed her to express and describe her own creations.

It was through writing that she discovered the creative process was so important to her. She also learned to detach herself from the end result and other people’s opinions.

“I realised it was only me who needed this process and it’s not mandatory for others to see it the same way as i did. I’m not searching for empathy anymore because doing so I tend to take things personally and the critics or feedback I receive sometimes has nothing to do with what I meant to say anyway.”

Talking about her work approach, Alexandra doesn’t think she would have done fashion without architecture. When she begins work on a project, she thinks about things in terms of architecture rather than in terms of tailoring.

To create her harness patterns, she initially made an architecture scale model: first came the sketch, then she made a 2D drawing on a cardboard then put it on a mannequin.

The concept is very important to her and the only way she can work is by having thought of one.

“I am convinced that true innovation comes only after I have a concept in mind, a general idea, something I want to say. After I have this I begin thinking on the way I can express those sensations through materials. “

For example, she once collaborated with Ioana Sisea, an artist working across varied media. Ioana had made some porcelain shields which talked about vulnerability. She wanted to make some sort of performance and asked Alexandra to create harnesses for her. But in spite of the vulnerability theme, Alexandra needed her own direction to be able to start working. So she thought about it. She thought about porcelain and how it is a rigid but also a fragile material, precious but also sensible.

Finally, she came up with the idea of turning the harnesses not only into something that provided support for the shields but something that also represented a metaphorical support.  That’s how she eventually decided on bone structures, exoskeletons.

During all this time, Alexandra says she’s learned a lot. She thinks she has developed as an empathetic person. She learned to pay attention to people and worked on understanding and connecting with them. She’s still learning how to communicate with herself because she knows how much her previous life has affected her and how it gave birth to all her problems. The fact that she’d become more relaxed regarding certain aspects of her life, is because she’d put a lot of effort into it and had ambition to fight against self-sabotage, lack of confidence, depreciation and self destruction.

Reminiscing her trip to the Cayman Island she says she returned home fascinated with herself. She discovered she is brave, spontaneous and funny, qualities she had forgotten or had no idea existed in her. She laughs as she’s telling me this and closes her eyes for a moment as if reliving it again.

Then she laughs some more and says “The only way to understand each other (myself and I) is through a lot of humour.”