6 Writers Talk About What It Means To Be a Writer

What makes a person a writer was a question that popped into my mind on various occasions. The question itself was a good one to ask, but the answers I came up with didn’t do me any good, on the contrary, they stood in my way of actually believing I could be a writer one day.

I used to believe a writer was someone who started writing from a young age.

The stories would most likely be bad, but they would also be cute and, most importantly, a sign that writing was the thing you were meant to do. And me? No, I don’t think I wrote a single line except for my homework and occasional diary entries about the boys I had a crush on. This used to put me in a discouraging mood and I made myself believe that if I didn’t write then, now it was only a passing phase, nothing serious.

I used to believe a writer was someone for whom writing comes easily.

I believed once you sit down with pen and paper in front of you, the muse is invoked and all the right words come to you and you have your book just like that. Didn’t happen that way with me. My conclusion? I didn’t have what it takes.

I used to believe a writer was someone who had a great amount of talent and was read by many people across the globe.

In my mind, great writers were great by default. They all had it in them, they all had the pure raw talent and they were also famous. I, on the other hand was nowhere close to them.

Analysing this mental list and realising I haven’t checked any of the boxes, I concluded I wasn’t and couldn’t even dare to dream about becoming a writer. Every time I considered it as a serious path, self doubt and anxiety kicked in.

Who was I to be a writer? What had I to say? Wasn’t I too late on this?

What helped was to stop thinking of writing as a possible profession and see it as a fun activity. With all the pressure off, I could freely write my stories and enjoy the process.

What I believe now

I know for a fact that I want to tell stories. I also know I can use different mediums to do so. As far as writing is considered I’ve learned that what makes me a real writer is not all the things mentioned above.

I am a real writer because:

So dear aspiring writer, know that raw talent is very rare. Only a small, small number of people are lucky enough to have it. All the rest of us have to put in the work.

Forgive yourself for being insecure, accept you’ll have days like that and keep pushing.

Ultimately, the best way to be a writer is to write. Write and read, learn the craft and do some living too.

And now, here are five more writers who were kind and generous enough to share their own writing experiences and the misconceptions they once had. I’ve tried as much as possible to leave their answers complete. They’re all so full of value and wisdom and I’m sure everyone will find something to learn from them. Enjoy!

Jacqueline Crooks
I thought that writing was only for those who had good educations, that it privileged those who had been to Oxford and Cambridge or those who had been taught grammar.  Having attended a comprehensive school where grammar was not taught and growing up in a migrant household where only broken English was taught, I thought my voice as a writer was not good enough.  I had applied to study English Literature to improve my chance of becoming a writer but I was turned down so I studied social policy instead, a much better choice as it was about exploring the lives of others.  I found a backdoor into writing and I use my disadvantage as an advantage.  I write using broken English.  It’s taken a long time but I believe my voice is valid and now I run writing workshops for socially excluded groups – Caribbean elders, refugees as I believe everyone can become a writer and voices outside the mainstream are important.

Martin Cornwell
I’ve been writing fiction for eight or nine years now, but it’s only been maybe in the past four years that I’ve done it in any serious way. Partly the change came just from having built up enough short pieces that I stopped feeling quite so self-conscious about trying to write anything at all, and partly because I decided to have a go at doing a novel, which requires enough sustained effort and dedication that you simply have to take the whole business more seriously. Before that I used to think that coming up with ideas was the hard part, and that once you had thought of something, all you had to do was set it down. Well, sometimes it does go like that, and that’s just great – but it’s incredibly rare. At the end of another year where all that principle has really left you with is three or four half-finished short pieces, you do realise something more is needed. And that something, it turns out, is work. As Nick Cave put it, ‘I don’t rely on inspiration. Inspiration’s unreliable. I get up and go to work.’ But if that sounds grim, it’s nothing compared to how good it feels to have put in those hours and actually completed something.

On a related note, I definitely used to believe in the still-pervasive idea of a writer – or any kind of artistic person, really – being fundamentally different from ‘normal’ people. According to this myth, to be creative you’ll need to keep strange hours, have an unconventional lifestyle, or be just a little bit unhinged in some way – think Hemingway and other tortured-genius types. But that’s just not me. I still get occasional pangs of anxiety that I’m not sufficiently out-there to write interestingly, but they’re waning as time goes on and I (slowly) produce more stuff. By the way, for anyone else who’s ever felt like that, I’d really recommend this New Yorker profile of Ursula le Guin from last year. Le Guin has to be one of the most important writers in any genre of the last 50-75 years, but as the article shows, she achieved that status while having a stable domestic life and a grounded attitude. To me that’s way more exciting and inspiring than any ‘precious artiste’ cliche.

Tara Skurtu
Misconception #1: I have to know what I’m doing.
When I first tried to write a poem, I didn’t think I’d be able to do it well because I didn’t know anything about the formal aspects of poetry. I thought, Who am I to write a poem?—especially if I don’t understand iambic pentameter or how a sonnet is made. Through writing and revising with a mentor I learned, most importantly, that we writers never really know exactly what we’re doing, but we develop writing tools over time to sharpen our instincts and create stronger first drafts.

Misconception #2: No one will care about a personal experience of mine.
We relate to stories that we imagine could happen to us, right? I used to think that writing about my own experience of love, illness, or loss would be too selfish or personal for someone else to relate to, to care about. This is not true. Make your story as specific as possible. Everyone has witnessed the end of a lover’s quarrel, but have you ever read about one of the lovers storming out of the house on a sputtering ride-on lawnmower slower than a walking pace? Well, I have, and this kind of specific detail from our memory bank is what makes a story unique.

Misconception #3: Taking someone else’s editing advice will weaken my voice.
I’ve noticed that most young writers’ poems are longer than they should be. They have extra meat that can be sculpted down to reveal a more exact and striking form. The first time I got written feedback from my poetry mentor, I could barely see my poem because there were so many corrections and suggestions. I thought, Man, I must suck. I was scared to edit, to revise. I didn’t know how. It turns out I didn’t suck, I had potential, and this mentor recognized this potential and was guiding me away from superfluous details and sentimentality. Editing and revision make for stronger work. Remember this: first drafts are often shitty. If you want to see how different a first draft can be from the final, published version, just google Elizabeth Bishop’s “One Art”—you’ll find the first and last drafts, and you’ll surely breathe a sigh of relief.

Elin Lööw
I associate the term writer with being a full-time writer and I guess that’s the biggest misconception if you will, or mindset shift. So many writers are part-time writers or weekend writers, and we are writers too. Even without being traditionally published!

On the craft, I didn’t realize how many drafts a novel goes through and how much can change between drafts. I see that this is a very common misconception too, from the people who ask me about my novel and are surprised that I’m on draft three and are still making big changes and not letting others read it. (That of course varies from writer to writer too.)

On blogging, I didn’t view it as much as storytelling as I do now. Of course, that depends on your writing style, but I didn’t realize how useful storytelling is in nonfiction, and social media and marketing for that matter.

Lastly, I guess I both realized and didn’t realize how hard it is to get your writing shared and read, that a lot of being a writer in this time also doing marketing, reaching out, very intentionally, practically growing an audience, understanding your audience and having a consistent brand. I knew it was hard but I didn’t realize how much work goes into it – but maybe also that you in fact can affect your reach without clickbaiting. 🙂

Jacqueline Crooks is a Jamaican-born British writer. She writes stories about migration and migrant sub-cultures. Jacqueline has just completed a collection of linked short stories, The Ice Migration that will be published by Peepal Tree Press in autumn 2017.
Website
Tweet @Luidas

Martin Cornwell is a writer of a bunch of short stories and a novel titled ‘The Seers’. Currently working on a new thing.
Website
Tweet @MartinCornwell

Elin Lööw writes about the tricky art of going after your creative dreams and she’s also working on her first novel.
Website
Tweet @ElinJLoow

Marius Chivu is a Romanian writer, translator and literary reviewer. He is a literary critic at Dilema Veche and has his own radio show, All You Can Read, on Radio Seven. He lives in Bucharest, Romania.
Biography
Facebook page 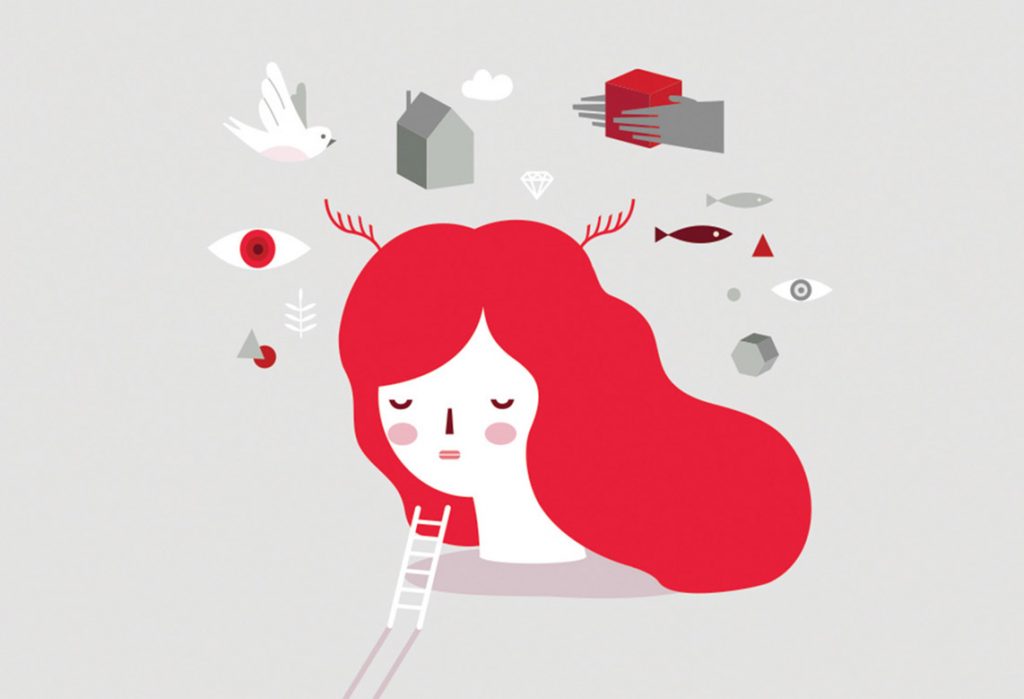 On people in our lives and connecting the dots

Reading recommendations from the People and Books project