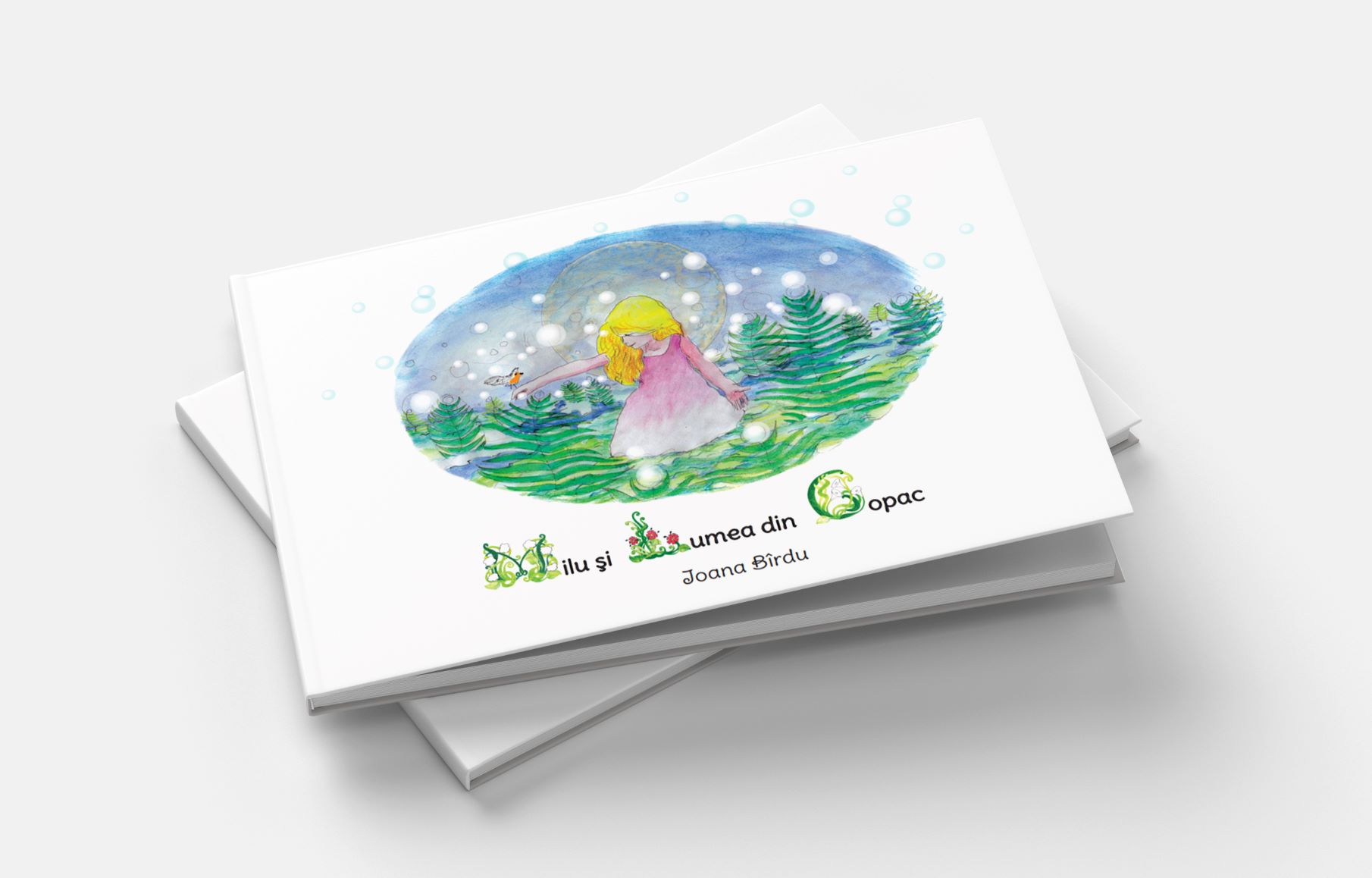 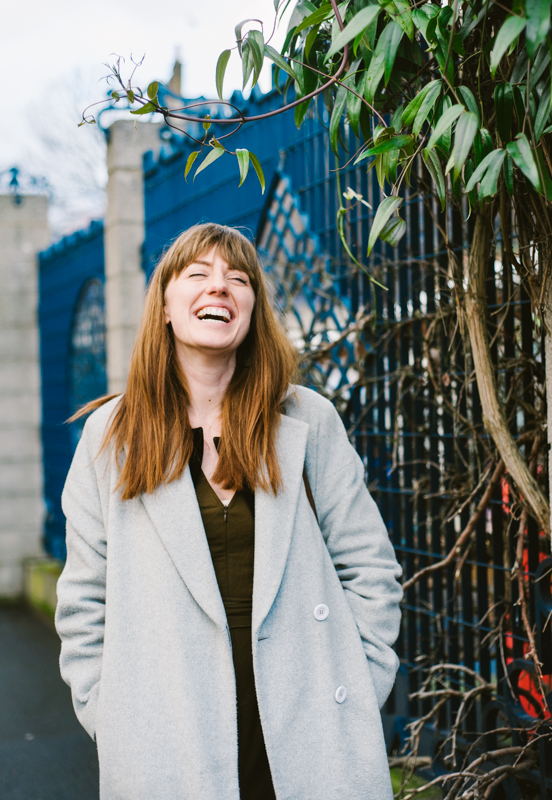 Jennifer Sturrock is one of those people that leave a good, positive impression on you right from the start. Her appearance is elegant and pleasant, and her approach to work abounds with passion and dedication. With a background in fashion & textile design, Jennifer specialises in design process, creative direction and workshop facilitation among others. Presently she’s managing the Residency programme at the Victoria and Albert Museum.

Jennifer’s passion and curiosity for creativity and the process through which ideas come into fruition has been important to her for quite some time. She began discussing creativity and teaching her own process while she was still in university and now, with ten years of practice behind her facilitating students of all ages, she reflects on the things she’s learnt.

For starters, her own perspective on creativity has changed.

She used to see the creative process as something linear. Creativity took the shape of a three level pyramid which had a wide research phase at the bottom, continued with development and culminated with the final outcome. And yet, as she gained more experience, she noticed things didn’t really end there, but kept unravelling as the creation left her hands and reached someone new.

Then in 2011, Jennifer became fascinated with frequencies, sound and their relationship with the creation of matter. Later on, a visit to the Large Hadron Collider in Geneva, the world’s largest and most powerful particle accelerator, gave her a deeper understanding on the creation of the universe—a creative process itself—and this, she thought, resonated with the way people create.

“It’s the biggest atlas of creativity that happened.”

Now her understanding of creativity has gained more complexity and her view has developed into a beautiful shape, which borrows elements from her fashion design background.

“We have this oscillating wave and three threads going through it: a planning thread (things you can’t move like your budget, the people that are involved, the client brief that has to be delivered), a gathering thread (when you look at the past and honour it, then you look towards the future and the people that are here and now and the outward conversations we’re having and how they inspire something new) and a dreaming thread (untethered and wild, a bit like the Eureka moment). If you take all these oscillating strands sometimes they cross over. When all these strands come together and collide, that’s your sweet spot of convergence.“

But what happens when things don’t go as smooth as we’d like and we face those frustrating creative blocks? Within the thread analogy, she has found three big disruptions that we usually encounter as we’re going through the creative process.

Sometimes one of the threads in the process tails off. During a project something might break off suddenly or something might come along the way causing things not to go as planned. That’s a fray. A mindful approach and an assessment of the current situation are better than panic, Jennifer advises.

“This space is daunting and annoying, we don’t like being there, but it might mean we’re picking up an even better idea as a result then the one before, we gain the benefit of hindsight.“

“Disruption for me is an inevitable positive thing.”

Then we have knots, fibres tangled to each other. Trying to work the knots makes the fiber get even tighter, so allowing things to relax by having space away from the project for a while will help things become more clear.

Other times, when working on a project we feel something’s missing and it affects the entire work. In knitting, a drop-stitch leads to a ladder or a hole. To fix this, she advises to go back and revise in order to help things solidify further. There might be more depth and evidence to mine that wasn’t solid enough in the beginning, or we might need to invest more to make the project progress in the way it needs to.

“The way I see these things is not in terms of failure, but as an ongoing process of learning how to weave disruption and disruption for me is an inevitable positive thing.”

CREATIVITY AT DIFFERENT STAGES IN OUR LIVES

Given her teaching experience with students of various ages, I was curious to find out if she noticed different attitudes in children and adults regarding creativity.

She thinks there’s definitely something that changes as we grow up. Many adults don’t think of themselves as creative or don’t give themselves permission to play. This happens because some of them have been told they’re not creative when they were younger and they carry this with them for decades. Later, when faced a blank piece of paper the thought of them not being good enough creeps back in and it triggers a strong negative emotional response. On the opposite side, children don’t really care, they just do it because they have no concept about failure.

“I think as we go further we start to compare and acknowledge the shame we felt when we did something wrong and we weren’t encouraged to do it again regardless and that’s something that can shut us down over time. One of the most important things we need to do is learn to unlearn creatively.”

Growing up in a culture and society which devalued arts as a reasonable and serious career path, I wanted to know her thoughts on the way schools today approach creativity and if there’s anything she would change.

“I think it would be brilliant if we could have a more holistic, more project based system. Some schools are amazing. They do incredible courses and pathways to encourage children to do whatever they want to in terms of arts and wider subjects, but the school system in general is very compertamelised. It takes a subject and it just stops to that sphere of inner language, when actually you’re infinitely creative in physics in ways that are really quite exciting in terms of connections within arts and drama.“

Reflecting on the current educational system, she’s not too fond of its individualistic achievement praise and approach.

“In the future we’ll need people who can think creatively and diversely be adaptable and work collaboratively. If you’re working together in school it’s called copying, if you’re doing your great you’re encouraged to beat your peers. There’s merit to some of it, but it’s not producing the sort of minds that are going to be taking on the world challenges that we’re facing right now like climate change or overpopulation. We need people to think laterally and with confidence. I think it’s imperative that we try and do things differently and be courageous.“

On that note, she is a huge advocate of museums. She sees them as bridges between industries and formal learning institutions. Museums, she says, help us reflect on the past and give us spaces to unpick ideas and be inspired or realise there are things beyond the logical ways of learning.

WORKING AT THE V&A

Jennifer recently began her new role as Manager of the Residency programme at the V&A, a programme that has been going on for ten years now. In her view, this is an exciting phase of change and development, rich in opportunities.

Within the residency programme artists come and work on a project for a period of nine months, during which they experiment and grow, while also positively disrupting the institution. How do they do that?

By challenging the museum’s ways of thinking, its way of doing things, and making people ask Why?

“They can sometimes be seen as unnerving and potentially inconvenient for the people that work there, but they are also refreshing and invigorating—they allow us to take a step back and acknowledge things.”

The artists in residence are offered the chance to immerse themselves in all the collections and objects and get an idea on what the museum is already doing and what it could do even better and differently.

“For us is about going back to the roots of the museum which has always been like its first Director, Henry Call said: a school room for everyone. It’s inspiration that these practitioners bring. Having gone through various pathways and creative journeys, through education, maybe through structured or unstructured ways of learning, they are demonstrating what is possible through the dynamic careers of the creative industries.”

The disruption also works the other way around.

“We can disrupt their practice as well. Some people go in and have no idea of what it’s like to be in an institution that’s quite large. Having to navigate those systems can be frustrating and might be perceived as slowing you down. In both ways there’s a kind of open dialogue and space that people can maximize and jump into. Having these people on site gives us the type of evidence to say this is why we do what we do, because they are the kind of people that are helping to shape culture.”

Besides her job at the V&A, Jennifer has put together a collection of poems, which has kept her busy for the past couple of years. The book, which is soon  to be published, is called Pulling threads. Between warp and weft.

“It’s all about unravelling the human experience, how we relate to the process of ongoing creativity and human learning, about life in different ways. I took little pieces of fabric that are from the same piece of cloth and cut in lots of different, smaller squares. Then I pulled out the threads to reveal a pattern – it’s an expression of unravelling what you think you know and being content in the tension.”